Rozbeh Torabi, M.D., is a surgeon at Elite Plastic Surgery in Arizona who provides women and men with compassionate cosmetic surgeries and noninvasive treatments for the face, skin, breasts, body, and hands. Dr.  Torabi is double board in Plastic and General surgery.

And as a well-traveled surgeon, he discovered his love for Arizona while going through rigorous training at Maricopa Medical Center’s General Surgery Residency Program.
Dr.  Torabi does not shy away from the difficult surgical cases, which is why he pursued a rigorous post-graduate training at the prestigious Long Island Plastic Surgical Group (one of the oldest and largest plastic surgery groups in the United States). With a reputation of having an excellent bed-side manner, it is evident that Dr.  Torabi chose to become a surgeon so that he could devote his career to assisting others in need, and strives to treat his patients like his own family.

Dr.  Torabi spent many years diligently learning the art of liposculpture, breast augmentation and reconstruction, facial rejuvenation, body contouring, and more. To become the best surgeon for his patients, Dr.  Torabi has also received extensive training in Burn and Wound Care, Hand Surgery, Migraine Surgery, and Reconstruction after Skin Cancer Excision.
He is a member of American Society of Plastic Surgeons (ASPS) and is also a clinical professor at the Mayo Clinic Of Arizona Plastic Surgery Division. Dr.  Torabi continues to learn new, innovative surgical techniques, and stays up-to-date-on cutting edge technology to provide his patients with optimal, beautiful results.

Contact us today and let us know how we can help you. Looking to book a consultation?  Our team is currently scheduling consultations for all procedures. Please fill out the form or give us a call today. 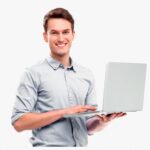 Please let us know how we can help you and a member of our team will reach out to you shortly to assist.

By submitting this form you agree to be contacted by this provider. Standard rates may be applied.